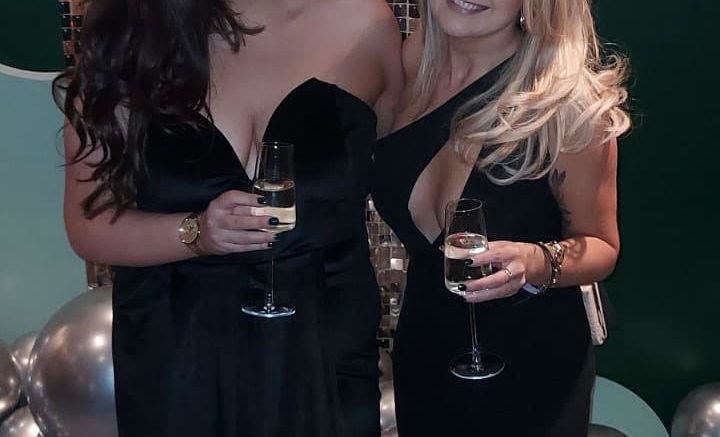 A UNIVERSITY of Chester graduate and guest lecturer has won an international award celebrating inspirational women and recognising her runaway success in the fashion world.

Jennifer Hodgson has been presented with the Agency of the Year accolade in the coveted Women of the City, New Faces Awards.

The awards are dedicated to the myriad of achievements from everyday women, while highlighting their positive contributions to the community.

They are also a celebration of female leadership, honouring inspirational women with an established track record of organisational and personal success.

Jennifer is the founder and director of MODA PR (Public Relations) which has offices in Chester and London.

The win comes after she was featured in The Power Issue of Women of the City magazine, earlier this year, which celebrated 120 female powerhouses and pioneers, reshaping their industries, one step at a time. She appeared in the issue with names such as Jacinda Ardern and Vera Wang.

The idea for MODA PR was formulated while Jennifer was studying a degree in Fashion Marketing and Communication at the University of Chester.

She had returned to education, after two previous attempts in her early twenties, and completed her university degree at the age of 28, graduating with first-class honours.

Jennifer has worked for notable publications and PR agencies and launched MODA PR in early 2020.

Specialising in fashion and beauty, the boutique PR company offers clients public relations, representation and brand management. Within the first three weeks of its launch, MODA PR had already acquired three long-term clients – and the company has seen substantial growth despite the challenges of the pandemic.

While running the company, the 31-year-old also makes time to guest lecture in Fashion Marketing and Communication at the University of Chester, as a member of the Pay It Forward network.

She said: “I am absolutely over the moon that MODA PR has been awarded Agency of the Year – for well over a year, I have lived and breathed building this company. We have achieved some incredible things since we launched and to think we’re only just getting started is mind-blowing.”

A LONG established family business is flourishing after providing a lifeline during the pandemic. Chester and District Standard | Business …

AN archaeologist from the University of Chester appeared on national TV. …

Major projects are moving forward at pace across Wirral, with hundreds of homes set to be built across the borough. Chester and District Standard | Business …

FASHION design graduates at the university of Chester showcased their hard work at a special show. …

A UNIVERSITY of Chester graduate and guest lecturer has won an international award celebrating inspirational women and recognising her runaway success in the fashion world. Chester and District Standard | Business …