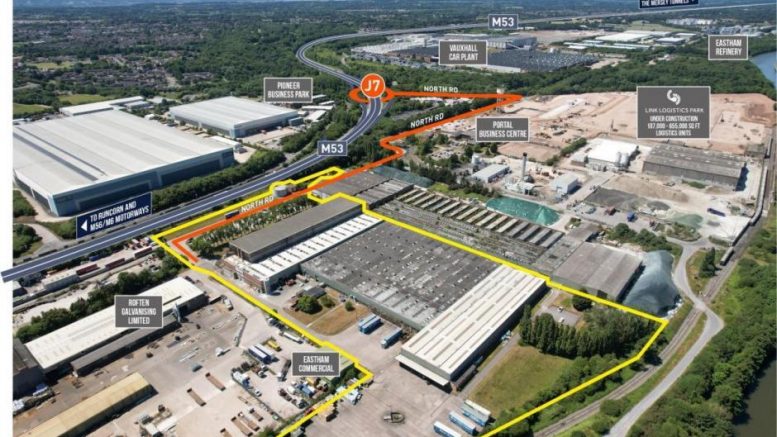 A FAREWELL event is to be held in Ellesmere Port for workers who were employed at the Saica Pack factory.

Previously we reported the corrugated cardboard packaging site in Ellesmere Port, on a 200,000 sq ft, 14-acre site close to the Vauxhall car plant, was to go on the market, with the workforce told the site would close before the end of 2022.

Now it is understood the factory, originally built in the 1950s and once home to part of the Bowater Containers paper factory, will be closing down on September 30.

A closing down party will be held at Whitby Sports and Social Club on October 1 from 7.30pm, where all employees past and present are invited to attend, including from the days when it was a Bowater site.

The firm which runs the Saica Pack business had previously announced it was consolidating operations at the Wigan site.

Eddisons director Robert Diggle, who is leading on the sale of the site, said: “This is a prime site at the heart of the North West logistics network. It was originally built in the late 1950s and its location, between the M53 and the Manchester Ship Canal, and easily accessible from Liverpool, Manchester and the national road network, was as key then as it is now.

“Sites of this size and pedigree come on the market rarely and, with demand for quality warehouse and industrial space currently reaching critical levels across the North West, we expect a buyer for the former Saica site to be found very rapidly.”

The site also incorporates a two-storey office accommodation and space for car and trailer parking.

HAVING taken charge during the pandemic, Queens Park High School headteacher Tom Kearns is looking forward to a year without Covid restrictions, but knows that there will be new challenges ahead. …

A FAREWELL event is to be held in Ellesmere Port for workers who were employed at the Saica Pack factory. Chester and District Standard | Business …

EXTENSIVE work to revamp the sports hall and graphics design building at a Cheshire West school can soon begin after plans were given the green light. …

A MASSIVE Cheshire and Merseyside project to generate thousands of jobs and decarbonise industry has been visited by an MP appointed by the new PM to lead a review of net zero. Chester and District Standard | Business …

IT’S been a long, hot summer – literally – but as we enter September, it’s all about new beginnings. …