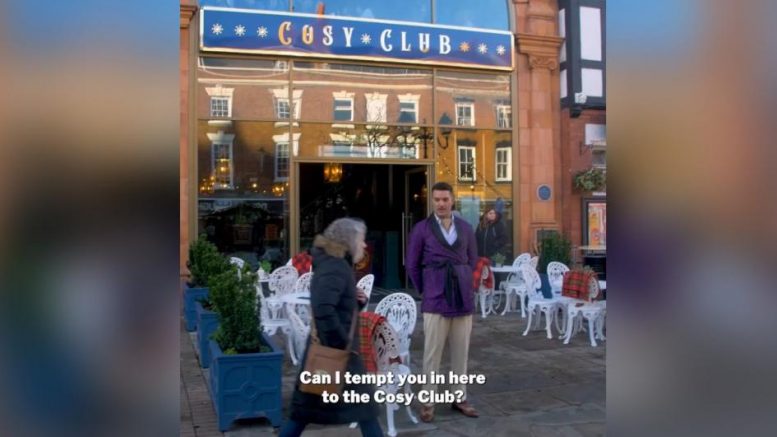 Social media star Milo McCabe, who goes by the pseudonym Troy Hawke and is known for his dashing personality, has been spotted greeting guests in Chester.

The comedian took to Cosy Club Chester on Black Friday to spread cheer on the streets, dishing out bespoke and hilarious compliments to guests and passers-by alike.

His comments ranged from complimenting people’s cosy jumpers, hairstyles and even handing out bear hugs and hot chocolates to some lucky passers-by.

Troy has gone viral online by taking his Greeters Guild to a range of well-known locations around the world, acting as a dapper door greeter that pays personalised compliments and affirmations as people pass by, including footballers and celebrities.

Cosy Club Chester opened in Chester Northgate in July this year – the first Northgate Development to officially open its doors.