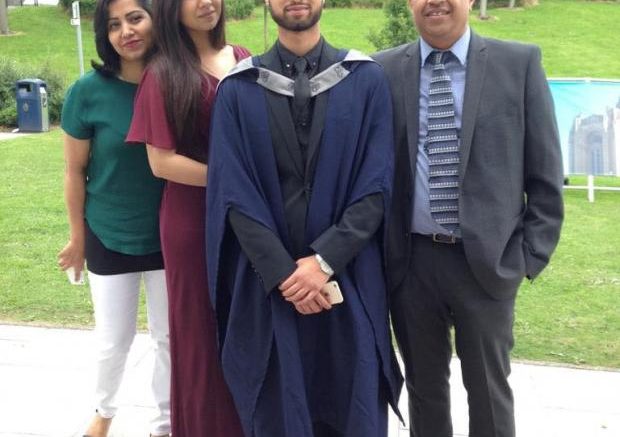 A CURRY house boss whose restaurant was described as the ‘best Indian in Europe’ by Hollywood A-lister Ryan Reynolds has confessed: “I had no idea who he was.’

Reynolds, who was in Wrexham to see the National League football club he co-owns beat Maidstone United 5-0, shared a flyer to his 44.8million followers.

Read more: Ryan and Rob on Welcome to Wrexham, the fans, and the club in their DNA

Of the modest eatery, which sits between a glazing shop and a credit union in the town, he said simply: “Best Indian food in Europe”.

Since the post, the restaurant’s phone has ‘rang off the hook’ while walk-ins and online orders have spiked.

But while the restaurant was delighted by Reynolds’ praise, Rajia Rahaman, 48, and her husband Rahaman Batan, 51, who were on duty at the time, don’t know who he is.

PIC: Owners of the Light of India restaurant in Ellesmere Port have admitted to knowing who Ryan Reynolds was after he heaped praise onto them.

Their son Shaa, 28, said on Tuesday: “The past two days have been really busy, it’s been mental, the phone hasn’t stopped ringing.

“My grandfather first owned the business in 1980 and it was passed down to my father in 2010, we’ve been around for 42 years, so the majority of people around here know us.

“But now so many more people know about us and we’ve had a lot of calls since the post.

“We don’t know if Ryan Reynolds came in or if he got a takeaway – or if it was one of his team that came for it.

“Me and my sister found out the next day on social media when he shared the flyer on his Instagram page.

“We told mum and dad but they had no idea who he was, they were like ‘who’s he?'”

The family don’t plan to market themselves based on Reynold’s claim their food is the best in Europe, but may jokingly name a dish after him.

Shaa, a massive fan of Reynolds whose favourite film is Deadpool, added: “It’s all subjective. I don’t know what he ordered, but it’s a massive claim to make.

“I’m a big fan, while I’m gutted I missed him, he’s been and gone so it wasn’t to be. I can’t dwell on it, it was a nice surprise and I’m just grateful for his support.

“We’re not going to rebrand the shop or anything based on his quote, but I’d love for him to come back and see what he ordered and have him in the restaurant in person.

“We might rename a dish after him, the Deadpool masala or something. He’s quite a jokey guy, so it would be nice to have a joke with him.

“He’d have to try it first and see if he liked it and approve the name.”

While the post has catapulted the family business into the spotlight, Shaa revealed Reynolds isn’t the first celebrity they’ve had through their doors.

Shaa added: “Gary Lineker visited the restaurant in the late 1990s and posed for a picture with a Walker’s Crisp packet with my dad and uncle.”