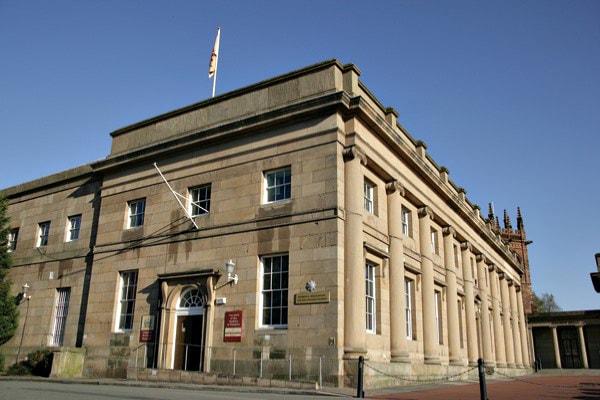 The Cheshire Military Museum, in Chester, tells the story of the Cheshire Soldiers from the 17th Century right through to the present day.
Follow the exploits of the Regiments of Cheshire and their travels across the world during many great battles. Learn about the wars they fought, experience life in the trenches for a World War One soldier, and immerse yourself in the history of the soldiers.

The museum also houses the Archive of the Cheshire Regiment.

The museum occupies this 19th century building which was originally the accommodation for both soldiers and officers. The officers moved into the building opposite sometime in the late 1830s.

Behind the museum building is a yard surrounded by a wall. In 1790/1800 when this block was being designed and completed, barracks for soldiers were a fairly recent innovation. Previously they had all been billeted out in pubs and with local townsfolk. At this time the army acted as the police force for major disturbances. This is why the garrison was put between the town and the Crown Courts.

Thomas Harrison’s symmetrical design for the castle included the tower of St Mary’s Church as it balanced with the Agricola Tower.

The church is now a centre run by the County Council. It is noted for its extremely beautiful ceilings and the Gamul family tomb one of whom was a mayor during the civil war.

In the centre is the Crown Court. These buildings replaced the smaller Palatine Courts. The expense for most of the new castle – the main building and the right-hand wing of the castle – was borne by the Crown and the County.