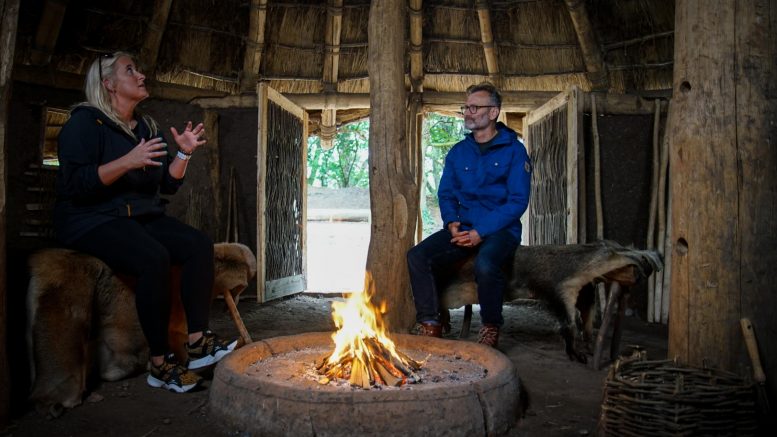 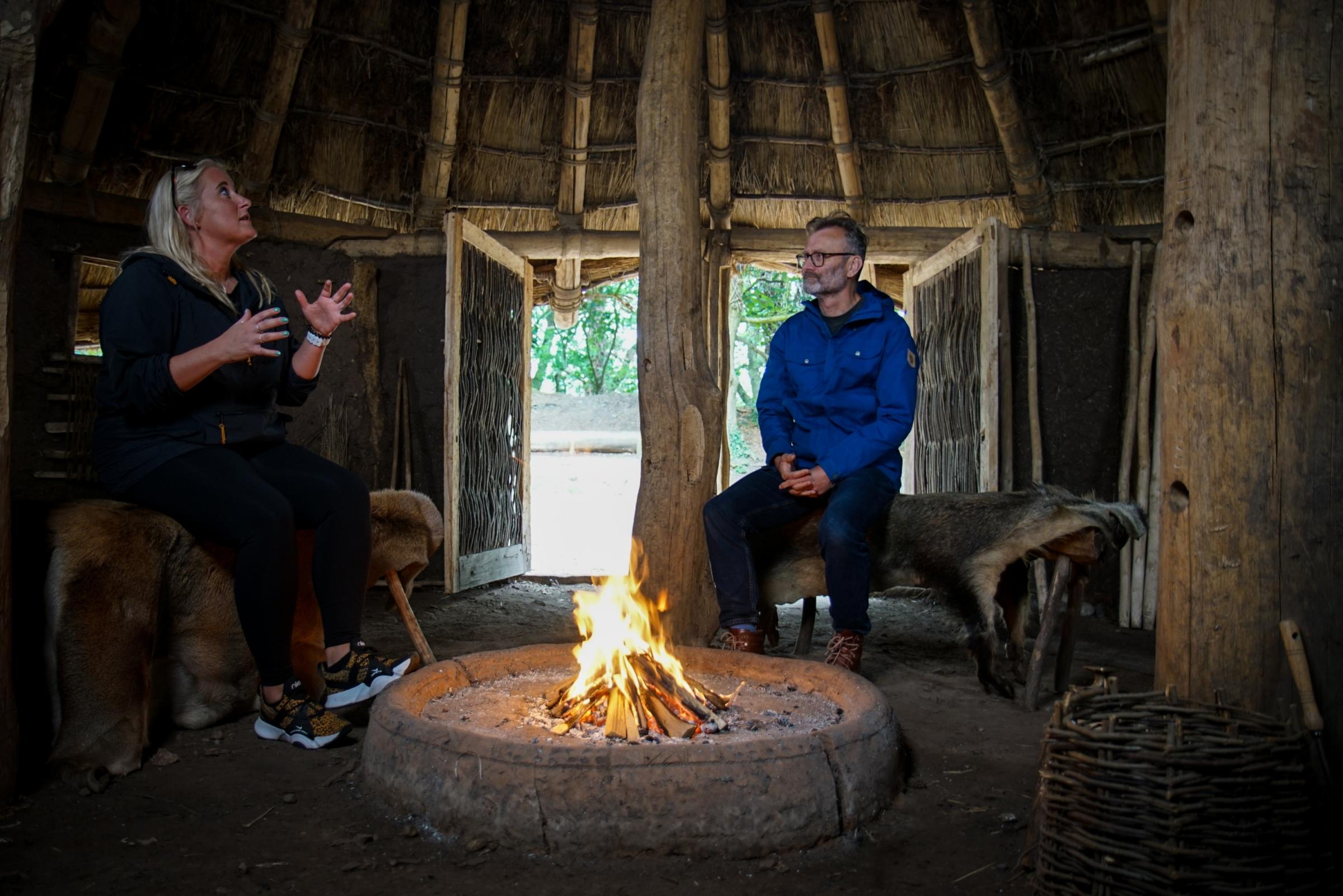 AN archaeologist from the University of Chester appeared on national TV.

Dr Caroline Pudney, senior lecturer in archaeology and programme leader for BA Archaeology, took part in an episode of The Great British Dig: History in Your Garden, which was aired on More 4 at 9pm on Wednesday.

Presented by comedian Hugh Dennis, the team of expert archaeologists investigated community lawns and flower beds and hoped to discover clues to mysteries about the past.

Filmed in the summer, Dr Pudney assisted with excavations on the outskirts of Stretton, Staffordshire, where the residents still live on the plot of their prehistoric ancestors.

The team unveiled more about the settlement from 2,500 years ago.

They discovered enclosures, fields, paddocks, and roundhouses which were initially revealed by aerial photographic evidence from the 1960s.

Dr Pudney said: “It was a privilege to be asked to help discover more about prehistoric Stretton. This was the first time The Great British Dig has excavated a prehistoric site and we discovered the oldest finds yet including an early Bronze Age arrowhead.

“Roundhouses were the main type of domestic architecture through the Bronze Age and Iron Age in Britain and in many parts continued to be utilised throughout the Romano-British period. The evidence we discovered suggests that the landscape was in use over several thousands of years from at least the early Bronze Age, which is astounding if you think about it.”

For Dr Pudney, filming at the reconstructed roundhouse at Beeston Castle, Cheshire, was a highlight.

She said: “[It] has been done to such a high standard by English Heritage. Having the opportunity to experience it with the fire lit and all the furnishings around us was really quite magical. Reconstructions like this have the potential to bring the past to life and provide another level of experience.

“Beeston Castle is a special site to me because it has Bronze Age and Iron Age archaeology lurking beneath (and around) the later castle. Of course, it was also a bonus to show off some of our fantastic heritage here in Cheshire.”

On Hugh Dennis she said: “Just like the rest of the team, he was friendly, professional, and great fun to work with. Not only does he have tremendous wit but his genuine interest in the past and expansive knowledge is, I think, what helps to make the programme such a success.”

The episode is part of the second series of More 4’s The Great British Dig which has been popular with audiences.

Described by critics as a “lovely reminder of the history beneath your feet”, the show involves communities and has been praised for being easily accessible to audiences.

In 2021, it was also nominated for Best Popular Factual Programme in the Broadcast Digital Awards.

Dr Pudney and the rest of the team are available to watch on catch-up at https://www.channel4.com/programmes/the-great-british-dig-history-in-your-garden.